OK did the last few fiddly bits on the upright struts and the drop ramps last night. Will hopefully have the base finished tonight and possibly assembled and done finally!! 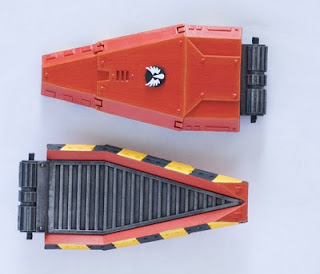 Yellow and black warning flashes down the side of the ramp now done. 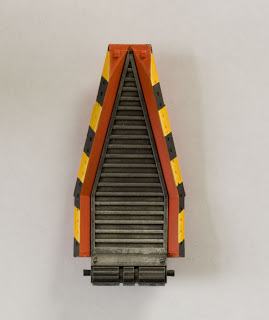 Spent 2 1/2 hours last night painting the red strips down the side of the ramp for the drop pod. Eek. The iphone camera doesn't really do the blending any justice. 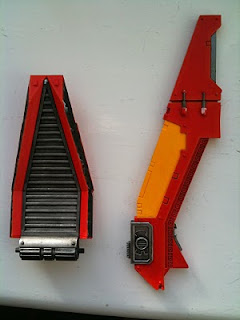 More work on the drop pod uprights. I have blocked out the large area on the outside of the strut in yellow (several thinned coats to give an even coverage). Still struggling to get the colour right in photos. I think I am going to try and build myself a little lightbox. 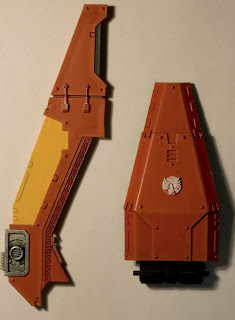 Finally I have started some meaningful work on my Bolter and Chainsword painting challenge. The official WiP thread for it can be found here.

Here are the first pictures of the drop pod 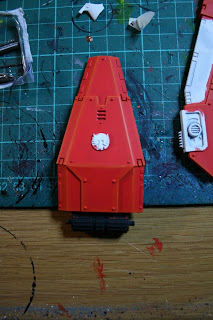 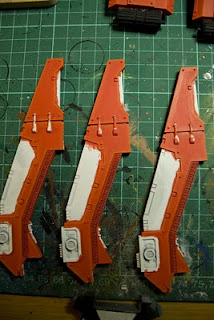 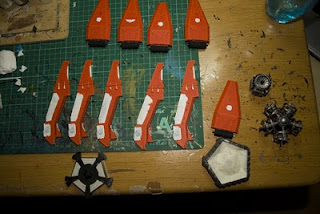 Last night I started the main white area on the upright struts putting some yellow down on it for hazardous warning chevrons and also painted the lower vent area as well. Pics to come later tonight on the update
Posted by Dodge at 10:22 No comments:

Blood Angels on the way Part Two - The Revenge!!

OK well there is a "leaked"codex out there and the forums are going nuts with the is it or isn't it real debate. For me it is quite gratifying as some of the stuff I have predicted appears to be in there (Dante special rule involving reserves....nailed it!)


I am still and I would encourage others to try and remain objective on this alleged leak. It certainly appears to be a wonky translational copy and confirms a lot of the rumours that are out there (inc the fast skimmer rumoured release). However to paraphrase the legendary Sir PTerry